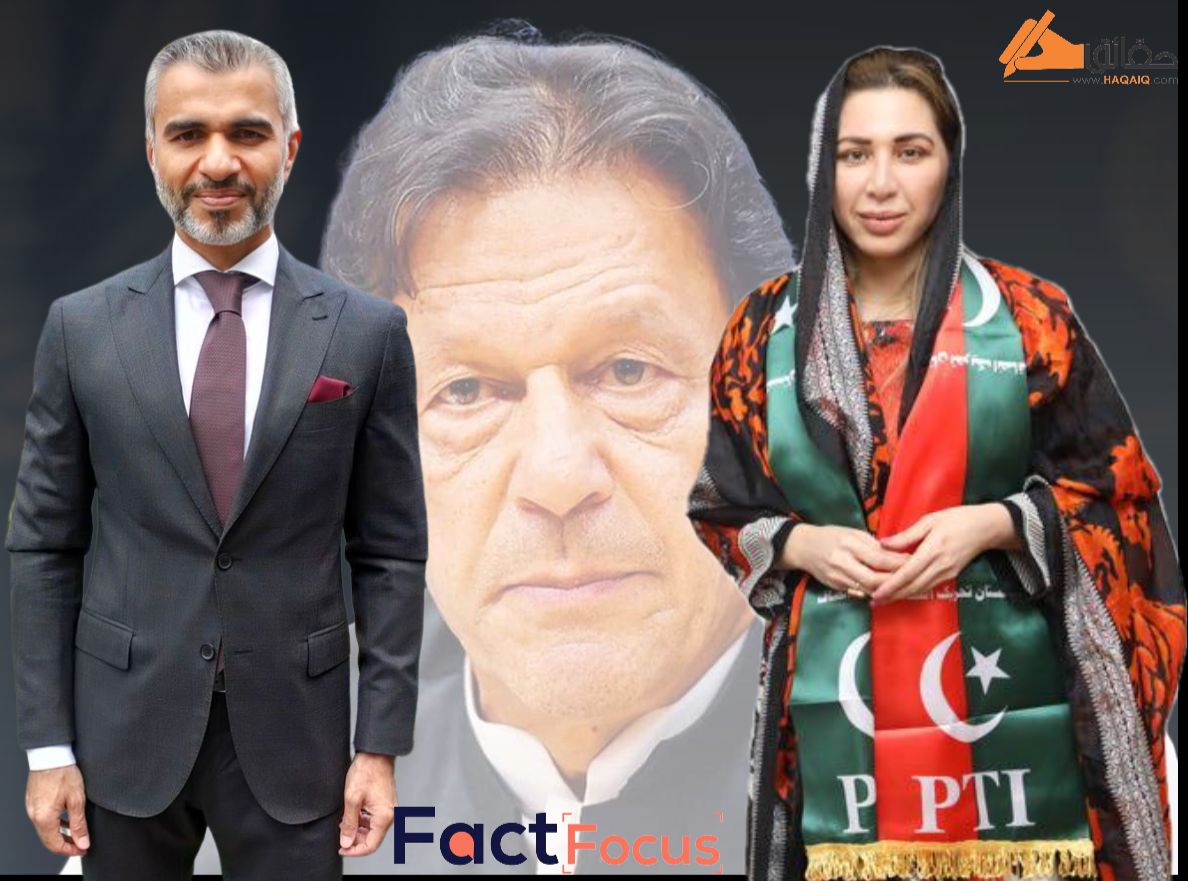 Contrary to the claims of Dubai-based Norwegian-Pakistani millionaire, Umar Farooq Zahoor on Pakistani media the Pakistani immigration documents and US Homeland Security data prove the fact that Farhat Shehzadi never traveled to Dubai in 2019 specifically in April.

Those in the USA, UK, or any country in Europe, please support investigative journalism by contributing to the #GoFundMe campaign of Fact Focus – Visit the following #GoFundMe link…

Those in Pakistan or any Gulf country, please visit the following Patreon

Both Pakistani immigration data and US homeland security data prove that it is not possible for Farhat Shehzadi to meet Umar Farooq Zahoor in Dubai in 2019 and specifically in April 2019. Because for the whole year she was in Pakistan and in April she spent 17 days in the USA. Not in Dubai.

It is important to mention the fact that Umar Farooq Zahoor has repeatedly avoided giving a specific date and stuck to a generic answer of April (April 2019). He claims to have met Farhat Shahzadi in April 2019, when according to him, this transaction about Graff took place in Dubai.

Why Umar avoided giving a specific date and time while making a claim of meeting Farhat in Dubai was an important question that was never asked. He was meeting Farhat to purchase a gift given to the then-sitting Prime Minister of Pakistan by the Saudi Crown Prince. Still, he forgets the date.

The Pakistani immigration data seen by FactFocus proves the fact that Farhat Shahzadi did not travel to Dubai in 2019, nor in 2020. In fact, during the whole PTI government of Imran Khan, she only traveled abroad twice.

To ascertain this we looked at the US Homeland Security data, Pakistani Immigration data, and independent data that is publicly available. All data established the above-mentioned fact that Farhat Shehzadi did not go to Dubai in April 2019 as Umar Farooq Zahoor is claiming.

In the whole year of 2019, Farhat Shahzadi made the only single international journey and that was to the United States of America. Farhat left Pakistan on the 3rd of April 2019 on Etihad Airways flight EY242 from Lahore via Abu Dhabi. Farhat cleared immigration for this at 2.38. She returned from the United States of America and arrived in Lahore onboard flight EY241 and her inbound immigration time on record is 3.03. On both legs of the journey, the stopover in Abu Dhabi was less than 3 hours.

Data available with US Homeland Security shows Farhat Shahzadi arriving in the USA on 3rd April 2019. Then the same data shows her leaving Los Angles on 20 April 2019 for Lahore via Abu Dhabi. Anyone can visit the website of the Department of Homeland Security on this weblink and can obtain the travel history of any person to the United States by entering his/her passport number and date of birth. Pakistani media has already published the passport number and other personal details of Farah Khan.

It is important to mention that during Imran Khan’s government of PTI Farhat Shahzadi only traveled abroad twice. Her second travel was last year to Dubai on Emirates airlines flight EK625 from Lahore and she returned on Emirates flight EK622 to Lahore on 12 April 2021. Her immigration time at departure was 8.02 and her arrival time at emigration was 1.59.

DID FARHAT SHAHZADI TRAVEL ON A PRIVATE JET?

It is an increasing trend among the rich and privileged in Pakistan to travel on their private jets. But it is important to mention the fact that these private jets and their passengers and crew comply with the same immigration and aviation rules just like any other passenger on any other flight or plane. No matter if they are the president, prime minister, or Malik Riaz.

Also, there are photos of Farhat Shahzadi on Malik Riaz jets, and based on those there is a perception that she might have taken the jet to go to Dubai under the radar. But the fact of the matter is that even if the jet belongs to Malik Riaz or Mian Mansha or anyone else the same immigration rules are applicable and their data is saved. A few months ago a private jet from India came into the news with 12 passengers. In that case, as well the names of passengers were mentioned in the immigration list.

DID FARHAT SHAHZADI take PM’s OFFICIAL JET FOR THE TRAVEL?

Then there is a question if Farhat Shahzadi took Prime Minister’s official jet or PAF’s jet and took all these expensive items on it.

The answer is the same as above the same immigration and aviation rules apply to officials and ministers and their spouses and friends if they travel on official government jets just like any private or commercial flight.

When we looked at the data of former prime minister Imran Khan and his wife and Farhat Shahzadi’s friend Bushra Bibi it proved the fact that every time they traveled on Prime Ministers’ special jet or government jets their data was entered in immigration records just like any other flight and passengers. The PM’s special plane gets a special flight number as well that starts with SP for such flights.

Since we have established the fact that Farhat Shehzadi only traveled abroad in 2019 April so would it be a stretch to assume that whoever the scriptwriter for Umar Farooq Zahoor here if there is one he/she was well aware of the travel history of Farhat Shehzadi? Because it was only in April 2019 that she made her only international trip in 4 years, between August 2017 to April 2021.