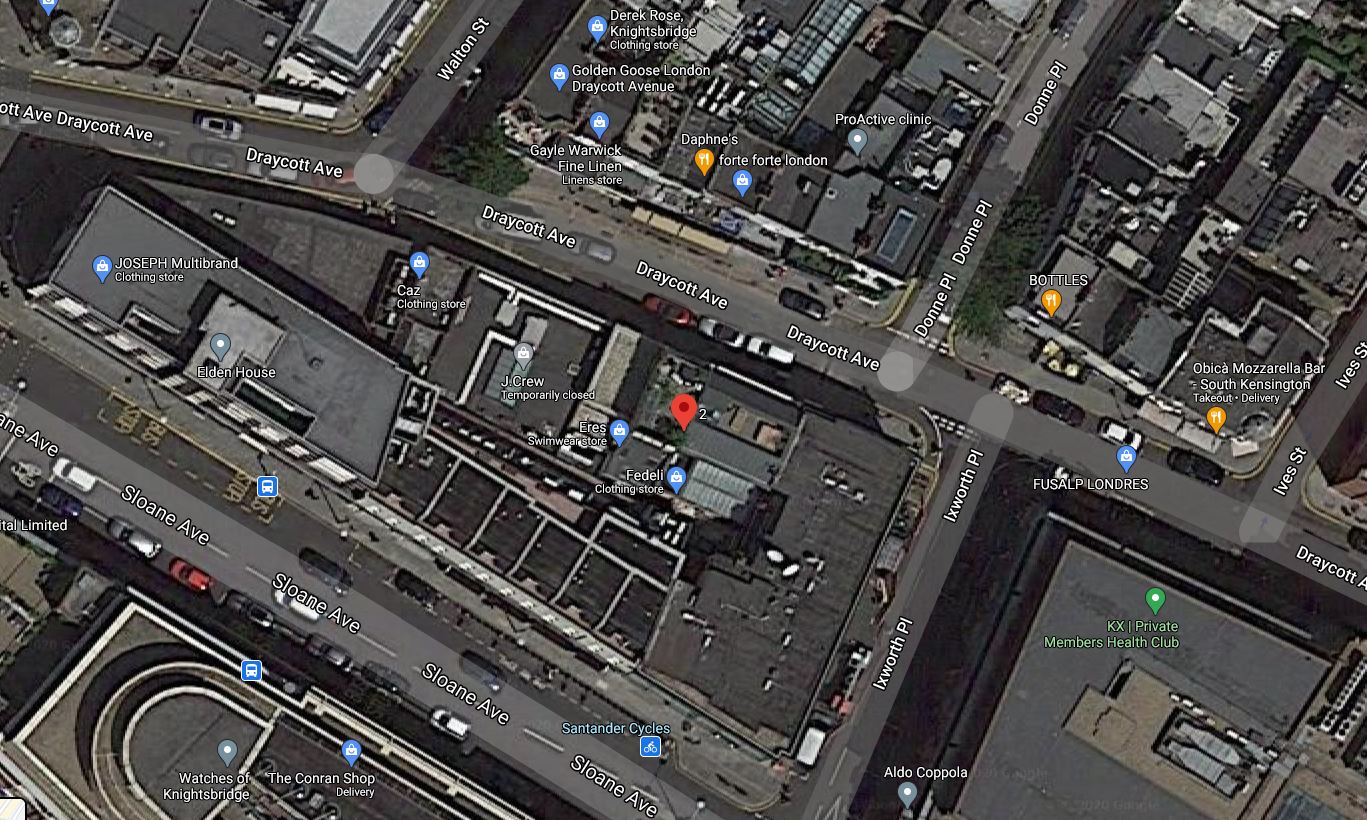 ISLAMABAD: PTI chief Imran Khan’s London property which he claimed to have sold in the early 2000s was owned by a ‘Benaami’ offshore company. However, Naeemul Haq, the spokesman for the PTI chairman, told The News that the said flat was always in the name of Imran Khan.

The flat was sold on March 17, 2003 for GBP715,000. The PTI chief in his different interviews said that he has sold his London flat but never disclosed it was owned by an offshore company. The nomination papers filed with the Election Commission of Pakistan (ECP) by PTI chief Imran Khan from NA-71 Mianwali to contest 2002 general elections, officially obtained by The News from ECP, also reflected the same address of his London flat.

The ‘Niazi Services Limited’ was registered in the jurisdiction of Jersey, Channel Island on May 10, 1983 with company code 26211 on the address Langtry House, La Motte Street, St. Helier, Jersey, reveal the documents obtained by The News from Jersey authorities after paying legal fees.

Jersey of Channel Island is one of the most famous havens for offshore companies and is also named as one of the ‘jurisdictions’ of offshore havens in recently released database of International Consortium of Investigative Journalists (ICIJ).

Official documents of Jersey authorities show that i)- Langtry Trustees Limited ii)- Langtry Secretaries Limited iii)- Langtry Consultants Limited were founding members of ‘Niazi Services Limited’ at the time of its creation in May 1983 under Companies (Jersey) Laws, 1861 to 1968 with capital of GBP10,000 with 10,000 shares each having value of GBP1. This was a ‘be-naami’ arrangement. Later the control of the “Niazi Services Limited” was taken over by i)-Barclays Private Bank & Trust Limited ii)- Barclay Trust Channel Limited iii)- Barclay Trust Jersey Limited all having address “39/41, Broad Street, St. Helier, Jersey JE4 8PU, Channel Island, Telephone: Jersey (01534) 873741, Fax (01534) 872737” with all having merely 3 shares each. The official documents of The Royal Court of Jersey also provide the same information.

The 8-page Memorendum of Association of ‘Niazi Services Limited’ explains objectives of the company as; “To carry on the business of providing consultancy and advising services of all natures whatsoever but in particular those relating to sporting activities and marketing of sporting and leisure products and the provision of technical advice in connection with products associated with sporting activities …”. There are total 12 objectives of the company Niazi Services Limited. Up to 26 pages of articles of association of company give details of different rules formulated for operations of the company.

Documents of Jersey Financial Services Commission, Companies Registry, show that annual returns of the company continued to be filed till 2011. The documents show that a notice was issued to ‘Niazi Services Limited’ on June 30, 2015 which reads, “Dear Sir, Niazi Services Limited, in accordance with the provisions of Article 205(2) and 205(6) of the Companies (Jersey) Law 1991, as amended, notice is hereby given that, unless reason is shown by the company or a member, creditor or liquidator of the company to the contrary or Article 71 is complied with (compliance being the filing of an annual return as at the 1 January 2015 with £350 being the payment for the annual return and late filing fee) the company, the name of which appears above, may be dissolved without further legal process at the expiration of three months from the date of this notice. Yours faithfully”.

The notice was issued by Julian Lamb, Deputy Registrar of Companies. Documents show that in consequence of this notice, “Niazi Services Limited” was struck-off. This establish that company continued to exist from May 10, 1983 to October 1, 2015 for 32 years while it owned London flat of Imran Khan from 1983 to 2003.

In a September 2011 interview with Financial Times, PTI chief Imran Khan has responded to a question as follows; “Question: What was your most prudent investment? Answer: It would be buying my two-bedroom penthouse flat in 1983 on Draycott Avenue in South Kensington. I was 30-years-old and I lived there when I was playing cricket. It cost £110,000 then. I kept it for 20 years then sold it in 2003 to buy almost 35 acres of land and build a farmhouse in Islamabad. I grow my own food and everything is organic. It is my idea of paradise.”

The document of property sale of Flat 2, 165 Draycott Avenue when shown to PTI’s founding member and once closest aide of PTI Chief, Akbar S. Babar, he verified the authenticity of the document.

Giving a background of events, he said in early 2011 political parties had publicly questioned Imran Khan about the source of funds for his Bani Gala property. Central Information Secretary of the party at that time was requested by Imran Khan to rebut the propaganda on a television talk show. And, as proof of the source of funds to buy the Bani Gala property, Imran Khan personally shared the Barclays Private Bank and Trust Limited document with him that shows Flat 2, 165 Draycott Avenue, London owned by an offshore company “Niazi Services Ltd.” sold at GBP 715,000 March 17, 2003.

When The News contacted Imran Khan spokesperson Naeemul Haq about the PTI chief’s London Flat, he categorically denied that the property was even owned by an offshore company and said “No it was in his name”. When pressed he reiterated, “Not at all. It was in his own name”. When The News asked Naeemul Haq to share some document which can confirm his claim, Naeemul Haq advised The News to visit a website “zoopla.co.uk”, enter the address and all details of the property will be confirmed. Later he was sent the web-link of this website (http://www.zoopla.co.uk/property/flat-2/165-draycott-avenue/london/sw3-3aj/27183367) showing “Flat 2, 165 Draycott Avenue, London” was sold in 2003 for GBP715,000 but there was no detail of ownership of the property. Naeemul Haq once again repeated that the flat was in name of Imran Khan.
This aritcle, authored by Ahmad Noorani, was originally publihed by The News on May 13, 2016.
https://www.thenews.com.pk/print/119662-Imrans-London-property-was-owned-by-offshore-company

Previous Posts Musharraf got Rs20m on retirement, bought Rs400m flats in London, UAE
Next Posts Aleema Khan owns properties in US too