Aleema Khan owns properties in US too 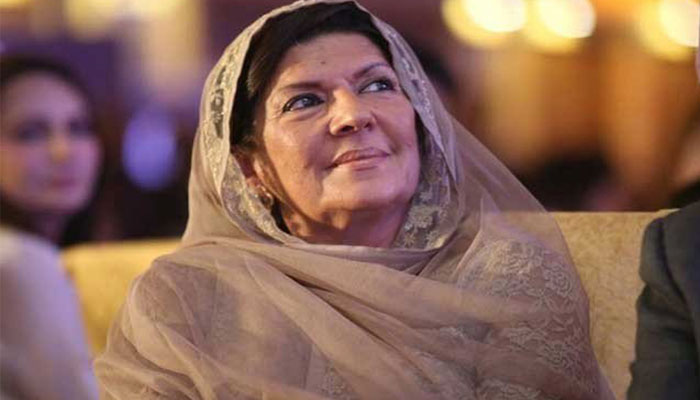 ISLAMABAD: Aleema Khan, sister of Prime Minister Imran Khan, who is facing a case of hiding her UAE luxurious flat from the tax authorities in Pakistan, also owns a four-storey building containing three flats in New Jersey America, according to US property records.

These flats were never declared to the tax authorities in Pakistan by Aleema Khan till the financial year ending June 30, 2017, copies of her tax returns show. However, she declared it in the tax year ending June 30, 2018 after she failed to sell the USA flat. She, however, didn’t declare the sold-out properties and is now facing a case in Supreme Court for not declaring her UAE flat.

It is worth mentioning here that the official documents of offshore company ‘Niazi Services Limited’, which owned a London flat, also showed Aleema Khan as only director of the company.

The property is located just 400 metres away from the bank of River Hudson, around four kilometres from Manhattan and three kilometers from The Wall Street, the financial capital of the world.

The title of the property having the address of 154, 6th Street, Hoboken City, New Jersey (NJ 07030), USA shows that Aleema Khan (Aleema Khanum) purchased the property along with her the then partner on August 5, 2004 from Prebola, Keith & Susan, Etals at the value (cost declared in the deed) of $758,000.

According to the deed, Aleema Khan owns 75% of the property while her partner owns 25%. The current market value of the property stands at around US$3 million (more than Rs45 crore).

The record shows the property was purchased through mortgage in 2004 and later on further loans were obtained from the bank by re-mortgaging the same property by Aleema Khan and her son Shahrez. Shahrez used power of attorney of ex-business partner of her mother for this re-mortgage.

Aleema Khan, who has been greatly involved in the donation campaigns for the Shaukat Khanum Cancer Hospital and Namal from the USA and other parts of the world, travelled extensively worldwide during last 20 years.

Despite repeated efforts that include emails, Whatsapp messages, SMS and mobile calls, this correspondent could not get any reply from Aleema Khan. However, The News succeeded in talking to her two sons, her counsel and a few others including sources closely associated with her. Questions were sent to Aleema Khan through dozens of emails and messages after Panama Papers revelations in April 2016. She never responded, but started trying to sell her foreign properties abroad apparently to claim here in Pakistan that she did not have any property in her name at the time of questioning by media or courts.

Aleema had a business dispute, continuing since 2010, with her business partner at the time of Panama Papers revelations. As the business partner refused to sell the property, Aleema Khan failed to dispose of this USA property which stands exposed now.

When Shahrez Khan was asked that he must have the details of New Jersey property owned by her mother as his name and contact number are also given as the “contact person” in the US’s official property documents in the records ‘Hudson County’ of state of New Jersey, he said that his name might have been given by her mother in the past for the documentation of the property in question, but currently he didn’t have any details to share. Shahrez said that he lived in the US for some time but came back to Pakistan some one year before.

Name of Aleema Khan was also given as registered director of ‘Niazi Services Limited’ an offshore company which owned London flat of Prime Minister Khan. Imran’s name never figured in documents of ‘Niazi Services Limited’ but as he was secret beneficial owner and this offshore company owned his London flat which was declared by him under Tax Amnesty Scheme of General Musharraf in 2001, and then in his annual returns, but official documents of offshore company only contained name of the Aleema Khan.
This story, authored by Ahmad Noorani, was originally publied on The News on January 11, 2019.
https://www.thenews.com.pk/print/417364-aleema-khan-owns-properties-in-us-too