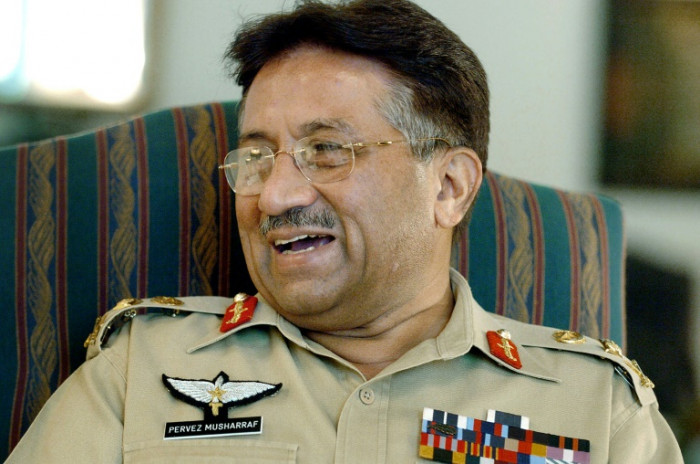 ISLAMABAD: Official land registry documents of the UK government show that Pervez Musharraf had made a payment of 1.35 million British pound (Approx 20 Caror Pak rupees) for purchase a flat in London on May 13, 2009. Another flat in UAE approximately with same monetary value was purchased by him in the same duration, whereas total financial benefits given to him following his retirement as army chief were less than Rs20 million (2 carore rupees).

Official documents submitted by Musharraf before Election Commission of Pakistan (ECP) before contesting 2013 general elections, available with The News, show that he has not sold out any of residential or commercial plots or a farm house he obtained during his army service. The two squares (50 acres) agriculture land in Bahawalpur allotted to him because of his army service was sold out by him in 2002.

General Musharraf had left Pakistan in April 2009 after restoration of judiciary and had not started his international lectures by that time when on May 13, 2009 he purchased Hyde Park Crescent, London flat by paying 1.35 million pounds. His statement of assets submitted to ECP shows his following two foreign immoveable properties; 1- 28, Castle Acre, Hyde Park Crescent, London, 2- 3902, South Ridge Tower 6 Downtown, Dubai, UAE. UAE flat was also purchased by the general in the same duration and the according to property experts, its value was more than 20 caror Pak rupees at time of purchase.

Official documents show that National Accountability Bureau has all these details but it still has to move to start proper investigation against the ex-dictator. The payments made by Musharraf in a few months after leaving Pakistan in 2009 are around Rs400 million to purchase properties in London and UAE before starting his international lectures and without selling any of his residential plots, houses, commercial properties and a farm house. This is an issue pending with NAB along with all documentary evidence for long. According to reported fact, Musharraf started receiving income from his international lectures in 2010.

However, when The News approached spokesman of Musharraf and chief-coordinator of his political party All Pakistan Muslim League (APML) Ahmad Raza Kasuri, he said that Musharraf purchased London and UAE flats with his income of international lectures. “Musharraf was one of the highest paid persons in the world who deliver lectures at international forums and universities,” Kasuri said. On the question as to how Musharraf managed to arrange such big money immediately after his retirement to purchase lucrative offshore properties as his pension amount was very much less as compare to total value of properties he purchased, Kasuri said that he was unaware of Musharraf’s personal and financial matters. Kasuri maintained that Musharraf is an honest and a straightforward person.

Though many believe that General Musharraf was disqualified from contesting elections because July 2009 Supreme Court judgement declaring him a usurper and violator of the constitution, it is important to mention here that judge of Islamabad Election Tribunal declared him ineligible to contest elections citing discrepancies in his asset statement and FBR report submitted to the commission. The judgement penned down on April 7, 2013 says that huge monies in his bank accounts and big immoveable properties are not reflected in FBR report. According to this judgement, he hasn’t paid any taxes despite monies coming in his Pakistani accounts.
This story, authored by Ahmad Noorani, was originally published on The News on APril 23, 2016.
https://www.thenews.com.pk/print/114757-Musharraf-got-Rs20m-on-retirement-bought-Rs400m-flats-in-London-UAE