How will ailing Ashraf survive even if his looted money is recovered? 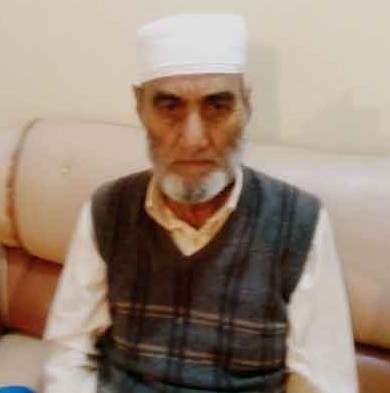 ISLAMABAD: The story of fraud of lifetime savings of Rs17.85 million committed by government officials with ailing Muhammad Ashraf, 70, shows how pathetic, redundant and inept our overall investigation, prosecution and legal system is.

The whole scam unearthed with all evidence, two of the culprits admitted their guilt and were apprehended by FIA – still the victim who was spending these old days of his life through the National Savings monthly profit of this amount is now living a miserable life with no income and no member of the family to earn for him and his old wives.

Muhammad Ashraf, a resident of Saidpur area of Rawalpindi spent a good life and remained engaged in different small businesses. He was not bestowed with children despite marrying twice. In his sixties, he fell ill and had to undergo dialysis of his kidneys twice a month and thus deposited his hard earned money (Rs17,850,000) from his lifetime struggle in business in National Savings so he can live last days of his life through the income coming from the saving accounts.

However, towards the end of 2017, due to his deteriorating health, he was not even able to visit offices of the National Savings (NS) to collect his monthly profit. Upon his request, some junior official of NS visited his home to give him his monthly income. This was the point from where the execution of fraud begun. The NS official who visited Muhammad Ashraf home convinced him to invest in a different scheme of National Savings meant social security with a little more profit margin as he was seriously ill. The NS officials took National Savings certificates from Muhammad Ashraf, managed another person with the name ‘Muhammad Ashraf’ and acquired whole amount from NS accounts fraudulently.

Later, NS itself detected the fraud, investigated it, recovered some one million rupees and gave to victim Muhammad Ashraf who desperately needed that money for his treatment (at least 100,000 per month required only for his treatment) and reported the case to the FIA. The persons involved were also arrested. Everyday living of Ashraf was badly impacted and he has to take loans to meet his household expenses. Now no money left for his regular treatment.

If one trusts the FIA and the legal system and if both work properly without any delays, it will take two to three years in completion of the legal process and recovery of the whole amount by selling the assets of the culprits.

What will happen to Muhammad Ashraf and his old members of the family in this duration? How Ashraf will pay for his expensive treatment which he was paying at his own with his legitimate money? Even if our legal system returns money looted from Ashraf to him after some two or three years, will it be a justice? Will the legal system also return the money Ashraf would have earned as monthly profits in this duration of pendency of case? Will National Savings open same accounts with same amount and with social security profits margin for him at that time? And all these questions are based on the hypothesis that our investigation, prosecution and legal system would work smoothly, swiftly, efficiently and honestly. Given countless precedents in the past, this will be impossible as the hypothesis is wrong.

The precedents show that those who managed to loot tens of million will also ‘manage’ the whole system at any stage during the trial and will get away with Muhammad Ashraf and the members of his family being disgraced and abused in the streets.

The biggest loss to Ashraf is the Rs1 million given to him. It is clear that when the money will be recovered, the investigators would tell him that he has already received Rs1 million which in fact was of no use for him and was wasted in his treatment. He could have gotten his treatment from the regular profit he was earning monthly.

If he is given money looted from him in installments, again he will be at great loss. The only justice could be immediate reopening of his accounts in National Savings with the same amount which was looted from him along with returning his due monthly profit of all this duration by recovering the same from the thieves.

NS investigation show only some low grade officials as responsible of whole fraud without explaining as to how new accounts were opened with the name of a different person with so much money without the assistance of seniors. A letter No F.2(30) complaint (P.H). NSR.1/2006 dated September 19, 2018 written by Regional Directorate of National Savings, Islamabad to Director FIA Crime Circle Branch (Banking) Islamabad with the Subject: “Fraud of Rs17,850,000 by M/s Sameena Nazreen junior National Savings Officer, Noman Ahmad, lower division clerk, Qaiser Saleem, gunman, at National Savings Center, Poonch House, Rawalpindi” reads; “It is submitted that a financial scam of Rs17,850,000 was surfaced at one of our National Savings Centres namely Poonch House, Rawalpindi on September 3, 2018 and during the preliminary investigation conducted by Muhammad Shahid Arshad, Assistant Director (HQ), RDNS, Islamabad it was unearthed that Mrs Sameena Nazreen, Junior National Savings Officer (BPS-11), Noman Ahmad, LDC (BPS-09) & Qaisar Saleem, gunman were found allegedly involved in the said scam and they in collaboration with one another, pocketed an amount of Rs17,850,000 from Ashraf Khan R/o House No 102/36-A, Mohallah Nazimabad, Saidpur, Rawalpindi by way of opening of bogus PBA Accounts No6163, PBA-9693, PBA-5247 & PBA-10027 on the name of a third person namely ‘Muhammad Ashraf’ by misusing the official documents.

2. The matter being grave in nature was immediately marked for thorough investigation. A team of two senior & seasoned officers comprising Muhammad Ishaque, Assistant Director (BPS-I8) & Moinuddin, National Savings Officer (BPS-I 7) was assigned the investigation to dig out the whole scam & actual culprits and their modus operandi during the entire fraud

3. The investigation team completed the investigation and submitted their report dated 10.09.2018 and it has been transpired that Ashraf Khan, Resident of House No 102/36-A, Mohallah Nazimabad, Saidpur, Rawalpindi had various investments at State Bank of Pakistan, Rawalpindi, NSC-Poonch House, Rawalpindi & NSC-6th Road, Rawalpindi. He got these investments properly encashed by presenting original certificates (duly signed) on various dates in shape of government cheques on his name. However, instead of receiving government cheques personally, he trusted Qaisar Saleem, who received the same in collaboration with Mrs Sameena Nazreen, JNSO & Noman Ahmad, LDC and handed over fake pass books, withdrawal slips as well as deposit slips (by stealing the same from the stock in the NSC-Tench Bhatta, Rawalpindi) to the investor and managed to arrange a third pen namely ‘Muhammad Ashraf’ to open his savings account at NSC-Tench Bhatta, Rawalpindi where he deposited all the government cheques for clearance and subsequently withdrew the amount on different dates by accompanying the original account holder. Since, the government cheques contained only name of the investor therefore, the centre staff could not get any clue about fraud.

4. During the investigation, Noman Ahmad, LDC & Qaisar Saleem, gunman have confessed to their respective involvements in the scam by returning some amount in cash and private cheques whereas Mrs Sameena Nazreen, JNSO has denied her involvement in the scam. However, the investigation officers on the basis of statements of all concerned and documentary evidence have established the involvement of Mrs Sameena Nazreen, JNSO along with the other two accused officials. A copy of investigation report is enclosed herewith. The contact numbers and complete addresses of the accused are given as under:-

5. In view of investigation report dated September 10, 2018, it is requested that necessary FIR may kindly be registered/lodged against the above said culprits under criminal act and conduct the thorough investigation to unearth the actual culprit in the above said entire fraud and recover the same from them.”